Brad Hudson has been the Director of Bands at the Kirksville R-III School District since 2007.  Brad graduated from Kirksville High School in 1995 and attended Culver-Stockton College to pursue a degree in music.  After receiving a Bachelor of Arts degree from Culver-Stockton, Brad was selected as a Graduate Teaching Assistant at Kansas State University in Manhattan.  He graduated in 2001 with a Master of Music Degree emphasizing in education and conducting.

He started his teaching career at Leeton R-X School District in 2001.  During his six year tenure at Leeton, Brad’s band’s consistently received Superior and Excellent Ratings at the MSHSAA State Music Festival. The involvement of students was also very high in MSHSAA Solo and Ensemble District and State Music Festival, WCMMEA District Band Auditions, and in the Golden Valley Conference.  The numbers in the Leeton R-X Band grew during his time and the program is still strong today.

Brad has also been a MSHSAA Festival Manager for District 19 since 2008.  He has managed District Solo and Ensemble Festival as well as the State Large Ensemble Festival at both Hannibal-LaGrange University and Kirksville High School.   He also served on the MSHSAA Advisory Council from 2014-2017.

He is currently the Missouri Bandmasters Association President-Elect and All State Band Coordinator.

Brad and his wife Stacie have been married since 2001 and have 3 children:  Laura, Lillian, and Lee.

Karen Harrison started teaching in the Kirksville School District in 2002. Before this, she taught for the Palmyra School District for three years. Mrs. Harrison graduated from Chillicothe High School in 1993 and attended Truman State University; there she earned her BA and Masters in Education. Karen is married to Kevin and they have 2 children: Andrew and Madilyn.

Valorie Bolle is the Color Guard Instructor with the Kirksville Marching Band.  She was the music teacher at Linn County School District in Purdin, MO for six years.  Besides with the color guard, Valorie has also been a Parents as Teachers Educator at the Kirksville Early Childhood Learning Center.   She is now teaching Kindergarten through Second Grade Music at Kirksville Primary School. 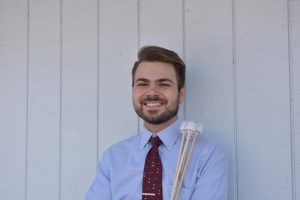 Alec Lamb is a percussion student at Truman State University, pursuing his Master’s of Arts in Education in music. Mr. Lamb graduated from Truman State University in May of 2022, with a BA degree in Music (Pre-Certification) and a BM degree in Music Performance (Percussion). While at Truman, Mr. Lamb performed with Wind Symphony I, Truman State Symphony Orchestra, Percussion Ensemble, Statesmen Marching Band, Truman Steel, and Uncommon Practice. In addition to academic ensembles, he has performed with the Troopers Drum and Bugle Corps and the Santa Clara Vanguard Drum and Bugle Corps. Mr. Lamb teaches the Kirksville High School percussion section, overseeing the drumline and concert percussion ensembles. 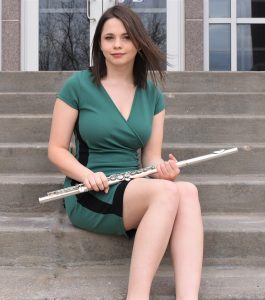